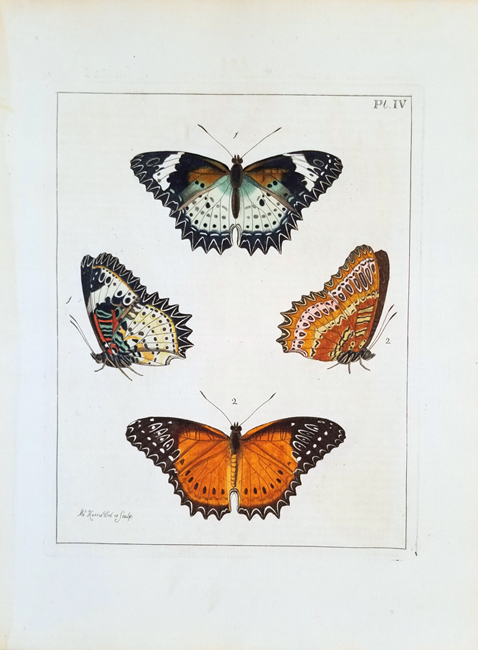 Dru Drury was one of the most well known entomologists of his time. He was born in Wood Lane, London, where his father was a silversmith. Drury took over the business in 1748, but retired in 1789 to devote himself completely to entomology. He had always had a keen interest in entomology, and was president of the Society of Entomology of London from 1780-1782. Drury was tireless in seeking to enlarge his collection, and had over 11,000 specimens. From 1770-1787, Drury published his 3 volume Illustrations of Natural History, which was later revised and republished in 1837 after his death as Illustrations of Exotic Entomology, by John O. Westwood. Westwood himself was also a well-known entomologist, who found joy in the Victorian culture of making the study of natural history accessible. Great attention was given to hand coloring found in this work, which contains upwards of 650 figures and descriptions of foreign insects. Illustrations of Natural History was published in three volumes and contained plates that were originally drawn and colored by Moses Harris.