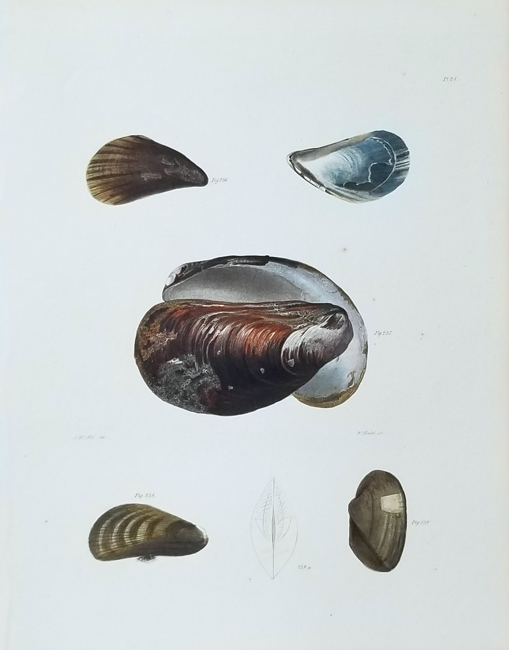 James Ellsworth DeKay was born in Lisbon, Portugal in 1792 and relocated to New York with his family when he was just two years. From an early age he showed a great interest in natural history and studied medicine in the United States, however later attended the University of Edinburgh, graduating with an M.D. in 1819. Always an avid naturalist, he began working in earnest collecting specimens and descriptions when the legislature approved the Geological Survey of New York in 1835. A few years later in 1843, DeKay published his five volume work, the Zoology of New York or the New York Fauna, with lithographs by George Endicott.

Prints from this publication are quite rare and feature original hand coloring.