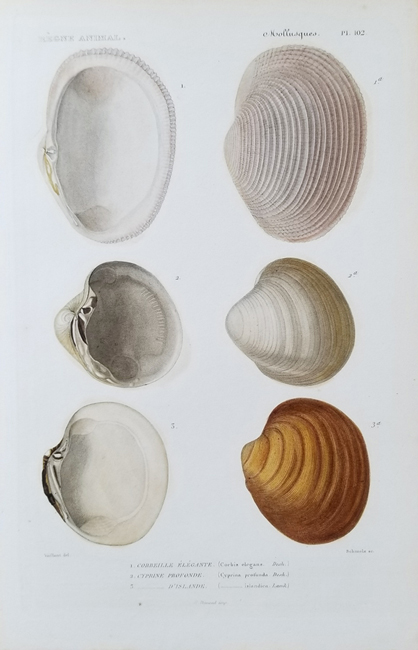 The Baron Georges Cuvier was a pioneer in the fields of comparative anatomy and paleontology. He studied the regularity of natural forms and processes, and produced a theory of the correlation of parts to explain the functional basis of living structures. Although largely self taught, he worked for years at the National Museum of Natural History in Paris and obtained many influential academic and administrative posts. His analysis of cats from Egyptian tombs led him to argue that organic evolution did not occur, since ancient felines were so similar to their modern counterparts. Although he was a staunch anti-evolutionist, his detailed understanding of anatomy and extinct species was often cited by evolutionists as evidence of dynamism in species development. Cuviers studies of entomology, ichthyology, ornithology, mammals and reptiles are featured in the work The Animal Kingdom, Arranged in Conformity with its Organization, by the Baron Cuvier, Member of the Institute of France, with Additional Descriptions of all the species hitherto named, and many not before noticed, by Edward Griffith and others, published in London in 1837.