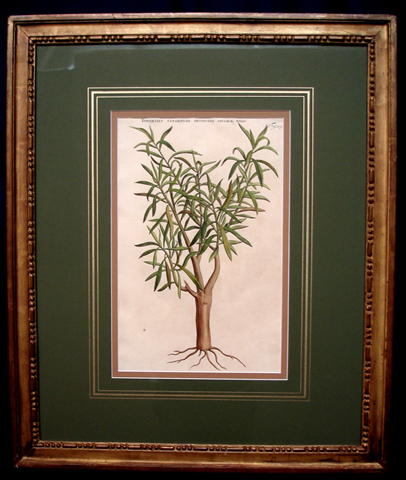 Jan Commelin was a 17th Century medical doctor and the director of botany at the Amsterdam Hortus Medicus. He classified plants that were sent to him from afar, and authored the “Horti Medici Amstelodamensis Rariorum”, published in Amsterdam in 1697. After his death, his nephew Caspar continued his work and completed the books. They describe over 360 species; 229 from Africa, 97 from the Americas, and 41 from Asia. The Commelins are considered among the most important of the early botanists.

Prints from this publication are extremely rare, as are all 17th Century botanicals. These prints feature early hand coloring.