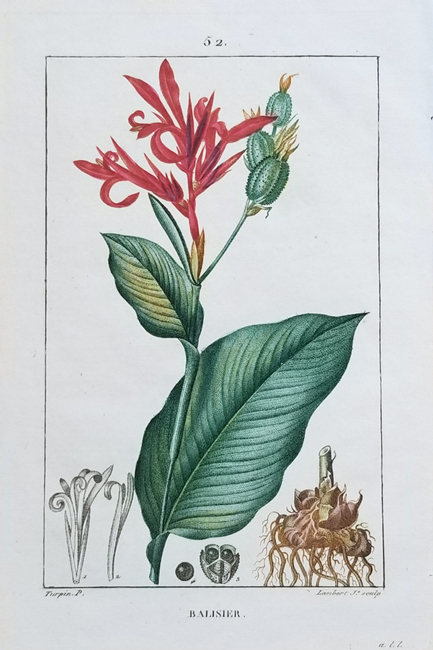 Pierre Jean Francis Turpin was one of the greatest of all the French botanical painters of his day. The son of a poor artisan, he learned the elements of drawing in the art school of his hometown of Vire, France, although he was largely self-taught. In 1794 he made the acquaintance of a young botanist named Pierre-Antoine Poiteau (1766-1854). Poiteau had a profound influence on Turpin, and the two became lifelong friends. Turpin and Poiteau collaborated in some of the most important botanical publications of the early 19th century, notably those of von Humboldt, Bonpland and Kunth. Another important publication Turpin was involved with was Francois Pierre Chaumeton’s medical reference book “Flore Medicale”, which portrayed a variety of flowers, trees and herbs which could be used for treating illnesses. Accompanying each plate was a page of text that was referenced by the physician when applying the plant for treatment.