You are here: Home › Catesby, Mark (1682-1749) ( Natural History of the Carolinas, Florida and the Islands of the Bahamas)(Eisenberger and Lichtenstein's Catesby Edition)

Catesby, Mark (1682-1749) ( Natural History of the Carolinas, Florida and the Islands of the Bahamas)(Eisenberger and Lichtenstein's Catesby Edition) 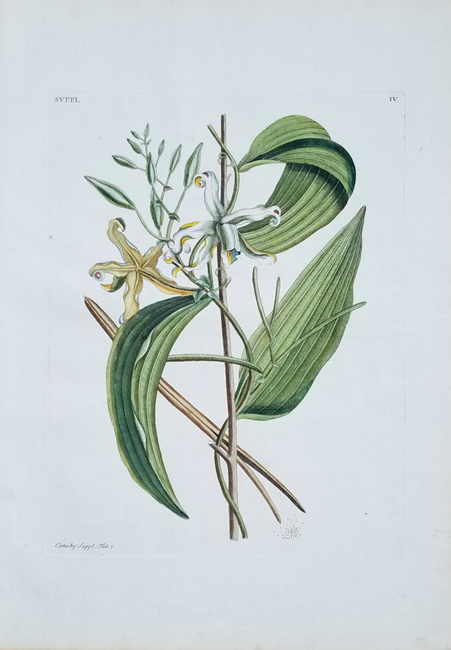 Mark Catesby (1683-1749) was an Englishman of prosperous background who became known as the father of American Ornithology. His rare and beautiful work “The Natural History of Carolina, Florida, and Bahama islands” 1748-1754, was published in London in two folio volumes of 11 parts each consisting of 20 plates, at a cost of two guineas a part. It was the first work to depict the flora and fauna of the new world. Catesby based this monumental work on his two lengthy sojourns in America, first from 1712-1719, staying with his sister Elizabeth and her husband Dr. William Cockle in Williamsburg, Virginia. The second visit was from 1722 to 1726. He returned to London equipped with a huge number of specimens from which he created the illustrations for this work. It took him 20 years to complete, and as his funds were short he etched his own plates and even hand colored the first of the two volumes. From 1749 to 1776, Johann Michael Seligmann, a German engraver, re-engraved these Catesby plates as well as many by George Edwards for the “Sammlung Verschiedener Auslandischer un Seltener Vogel” published in Nurenberg in 1749. In some cases, botanical and scenic backgrounds were added for superb decorative effect.

Prints from this publication, the Eisenberger and Lichtenstein’s Catesby Edition, are very rare.