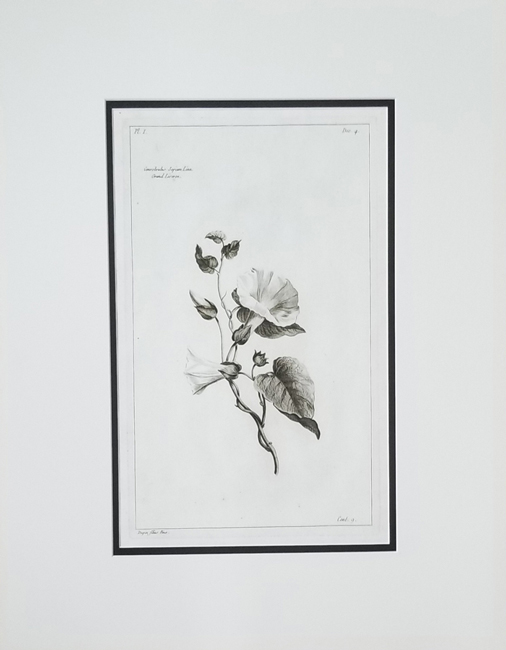 Pierre Joseph Buchoz was a French lawyer, physician, botanist and naturalist who was very interested in the medicinal virtues of various plants. His most famous and highly celebrated work was “Histoire universelle du règne végétal ou nouveau dictionnaire physique et economique”, published between the years 1773-1778. This work was a huge undertaking, comprising of some 1,200 engravings of plants, many of which were engraved from the original drawings in the “Collection des velins” in the Museum d’ Histoire Naturelle in Paris. They are generally titled using the Linnaean name, that given by Georg Eberhard Rumph (Rumphius), a famous 17th Century Dutch botanist, as well as the common French name. These fine engravings have great attention to detail, superior to most in that time period. Buchoz produced some of the finest illustrated natural history works of his time. In some of these works, considerable use is made for the first time of drawings of Chinese plants executed by native artists. Much of Buchoz’s other works also have a distinctly oriental flavor. Buchoz is notorious for his method of reusing plates, making only subtle differences, in many books.