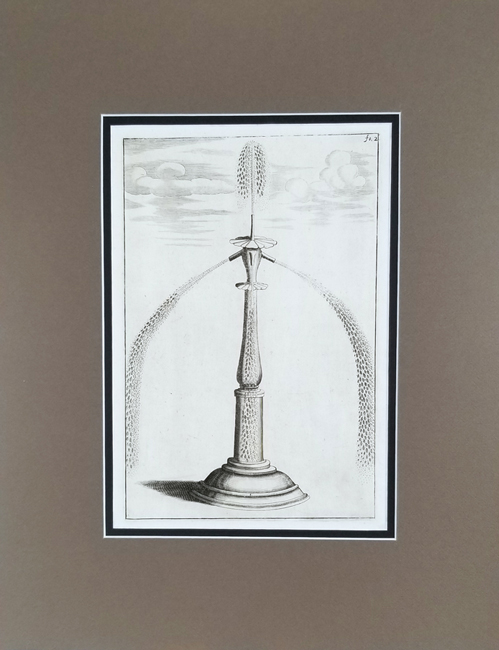 Georg Andreas Bockler was a German architect, engineer and author. He was the architect of the city of Nuremberg and specialized in hydraulic architecture. “Architectura Curiosa Nova” was his main opus, a four-part work in one volume, published in 1664. Elaborate designs for Baroque fountains for public squares and private country house gardens in the French, German, British and Italian styles are featured in this series of architectural studies. Illustrated with 200 engravings, the decorative plates of the first three parts show the theory and application of hydrodynamics for fountains, water-jets, spray-patterns, garden fountains and well heads; and elaborate and often fanciful designs for free-standing fountains. The fourth part includes designs for grottoes, garden pavilions and architectural designs including views of European palaces. Bockler’s other major work was “Theatrum Machinarum Novum”, the principal 17th-century work on windmills, pumps and other hydraulic machines, and contained working designs for mills, bellows and other functional equipment. First published in 1661, it was reprinted in 1662 and 1686.

Prints from this Publication are Very Rare