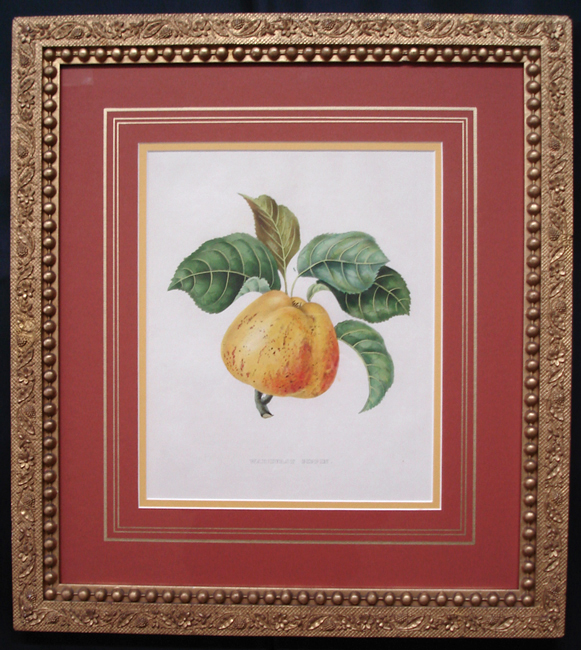 Alexandre Joseph Desire Bivort was a nurseryman and creator of numerous fruits, the successor to Van Mons, a pharmacist, doctor, and professor of chemistry at the University of Belgium. Bivort promoted the culture of pears, which adapted well to the Belgian climate, and developed his own varieties. This work, “Annales de Pomologie Belge et Etrangere”, was issued in parts by subscription over several years, and in them, he depicted mainly apples and pears, but included some plates of grapes, cherries, berries, and other fruits. It captures beautifully the height of fruit cultivation in Europe during the later half of the 1880’s.

Prints from this publication are very rare, and feature excellent original hand coloring.