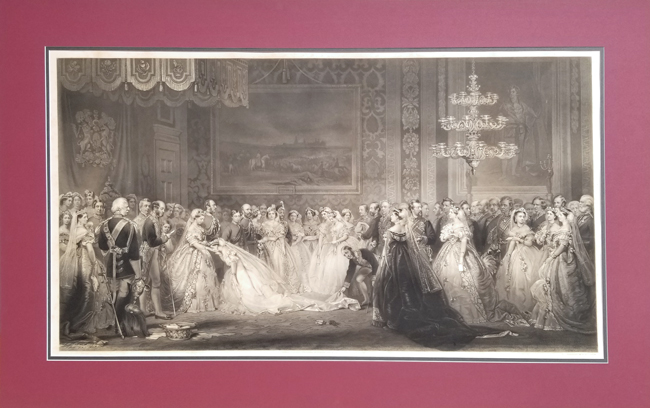 Jerry Barrett (18241906) was an English painter of the Victorian era. His most notable work was the Crimean War depiction “The Mission of Mercy: Nightingale receiving the wounded at Scutari” (1858) which is in the National Portrait Gallery (London), paired with “Queen Victoria’s First Visit to her Wounded Soldiers”. There is documentation to suggest that Barrett traveled to the Crimea to obtain sketches for his paintings.
This is a very large print after artist Jerry Barrett, engraved by P. Stacpoole, published by William Lucas & Co. This print is a very rare, uncolored Artist’s Proof, printed on chine colle paper, before the title was added at the bottom.