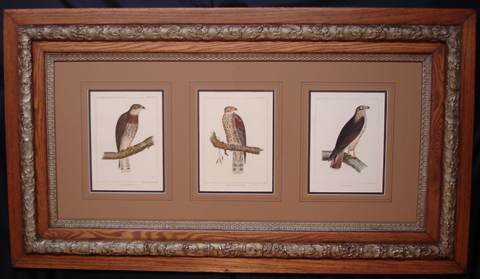 John Cassin and Spencer Fullerton Baird were long time friends and colleagues, both respected and successful in the field of ornithology. Cassin was devoted to the study of birds, and became the most informed ornithologist in his era. He regularly discovered many unknown birds, and became Americas first bird taxonomist. Baird was in charge of explorations and collections made by the government in the expanding west. Gathering new specimens, he sent many directly to Cassin to examine and describe. Cassin wrote the text of several government scientific reports based on these explorations. He also drew, printed and hand colored 2,000 copies of each of the 38 plates brought back from the Railroad Surveys, published as the Pacific Railroad Reports. Bairds publications exceed 1,000, covering such subjects as mammals, birds, reptiles, fish, geology, and travel. His most well known was The Birds of North America, which was a re-publication by the Smithsonian Institute of the bird prints from the Railroad Surveys, with text by Baird.