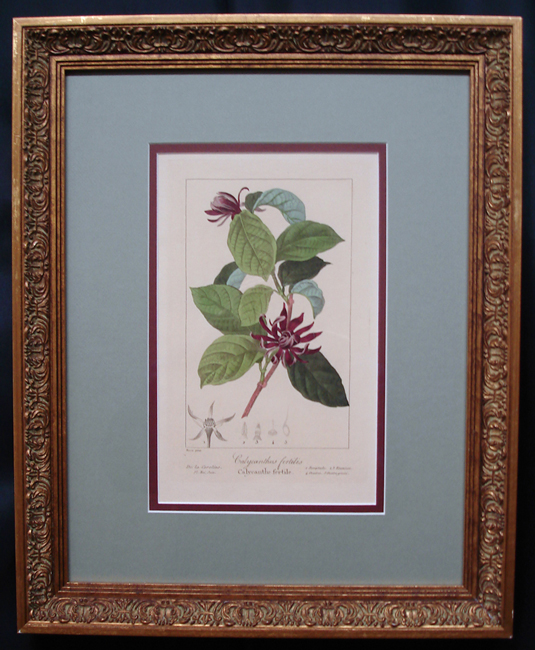 Pancrace Bessa was a pupil of Redoute & Van Spaendonck. During this era of magnificent French botanical illustration, he contributed to some of the most famous works of the time, including the masterpiece, “Description des Plantes cultivees a Malmaison a Navarre”, in which 9 illustrations are by Bessa and 54 by Redoute. He enjoyed the patronage of the colorful Duchesse de Berry, and her father in law, King Charles X of France. His most notable work is “L’Herbier Generale de L’Amateur” by Mordant de Launey & Loiseleur Longchamp, 1810-1837. Bessa’s last work was “Flore des Jardiniers, amateurs et manufactures d’apres les dessins de Bessa”; these plates are rare images from that most beautiful work of some 300 prints. This publication contains the same plates as his “L’Herbier Generale de L’Amateur”, but with the added information of the habitat, date of flowering, and a key to dissections. The artificiality and Empire elegance that characterizes much of the work of Redoute is replaced in these illustrations by an exuberance of design and color, and a grace of form that makes Bessa the last, and perhaps the greatest, in a glorious era of French illustrators.